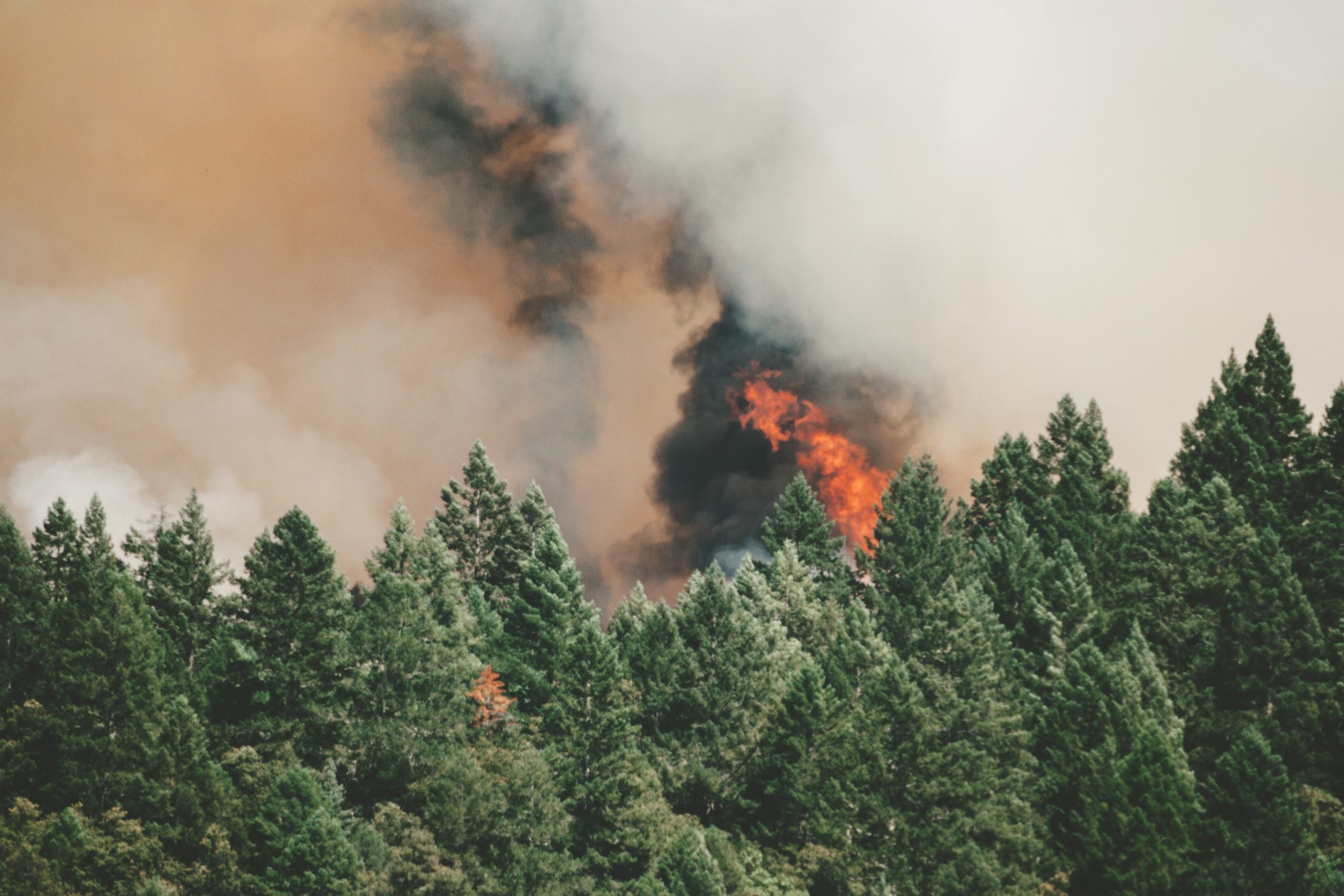 wildfire season is here: do you know when you should close your patio?

It’s become almost a yearly event. Smoke from nearby wildfires hangs over the Spokane area, creating hazardous conditions for anyone working or enjoying the outdoors. Spokanites often wake up to smoky conditions during hot summer months. Since the pandemic began earlier in 2020, more and more restaurants have relied on outdoor seating. So, how can you know when the air is too unhealthy for workers and your guests?

On July 16, the Department of Labor & Industries issued new emergency rules to help outdoor workers when the air is too dangerous to breathe.

​Remember: health officers have the authority to shut down any outdoor event or space when air quality is unhealthy.​

​Download the EPA AIRNow app for your iPhone or your Android device. This app will describe air conditions in your area. 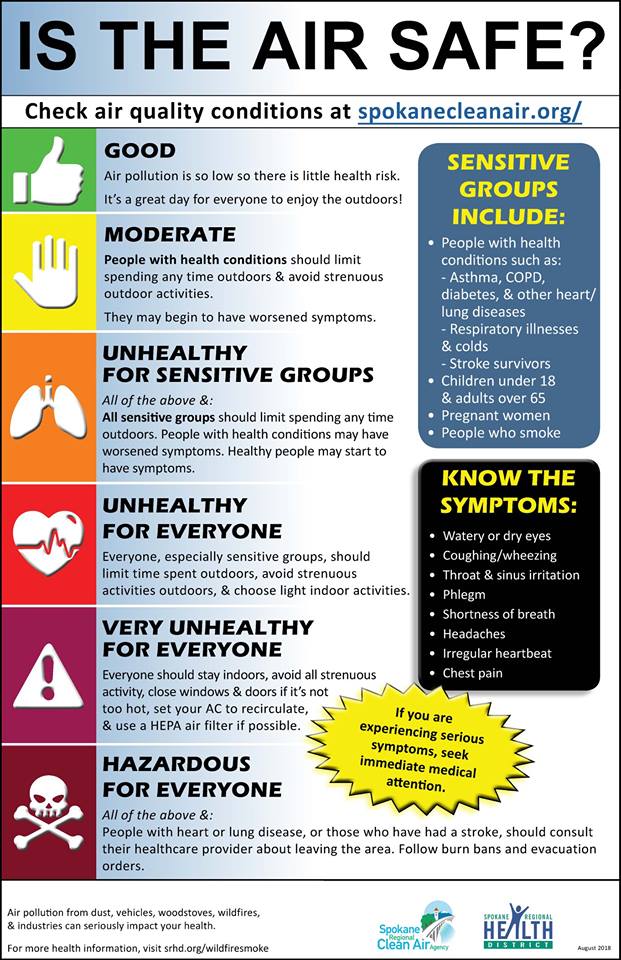 Download this photo, print it out and post in your office to remind everyone when it is time to close the patio.

Remember: health officers have the authority to shut down any outdoor event or space when air quality is unhealthy. Dr. Bob Lutz said for the next couple of years, his team will work toward educating restaurants, rather than take punitive measures.

Download the EPA AIRNow app for your iPhone or your Android device. This app will describe air conditions in your area.

“Smoke from wildfires is a complex mixture of substances that includes water vapor, heavy metals, hydrocarbons, gases such as carbon monoxide and ozone, and particulates.

“While the general effects of smoke often irritate the eyes, nose and throat, the greatest concern is caused by the smallest particles, PM2.5. These can get deep into the lungs, be absorbed into the blood and cause inflammation throughout the body. Their effects can worsen pre-existing conditions, such as asthma, COPD, and heart disease. Additionally, infants and children, adults over age 65 and pregnant women are at increased risk from exposure. And those who cannot get out of the smoke, such as individuals living homeless, are likewise impacted.

“The reality, however, is that everyone is at risk, because there is no safe level of PM2.5. Studies have shown increased healthcare visits as well as increased hospitalizations and even deaths, both during and soon after periods of poor air quality from wood smoke.”

It’s important to note that air quality sites don’t report the air quality in real time, but an average of the last 24 hours.

How do you know when to close your patio?

According to the Department of Labor & Industries:

“The AQI indicates when the outdoor air quality is “unhealthy”, “very unhealthy”, or “hazardous.” These ratings signal when healthy workers may begin to experience adverse health effects. Additional factors to consider when determining if the outdoor air is harmful include how long workers are outside, the level of physical exertion, symptoms consistent with wildfire smoke exposure, and pre-existing medical conditions.”

When air quality is in the unhealthy range, you will want to check your HVAC system’s filters–the higher MERV, the better. You will also want to check all the doors and windows to make sure they have good seals. The idea is to minimize the amount of air coming into your restaurant or hotel. For more information on indoor air quality, read this flyer from the Washington State Department of Health.